Of all Kona beaches, Kamakahonu Beach is probably the most mellow, a quiet stretch of soft white sand tucked away along the northern edge of Kailua Bay. While relatively small, Kamakahonu Beach has some of the gentlest water of any of our Hawaii Big Island beaches.

Protected from the open ocean by the Kailua pier and a lava rock breakwater, this is a favorite place for young children to play in the sand and safely swim in the calm water. Locals often refer to it as "keiki", or children's beach. Once the Big Island residence of King Kamehameha I, Kamakahonu is also known as King Kam beach. It fronts the Courtyard King Kamehameha Kona Beach Hotel. 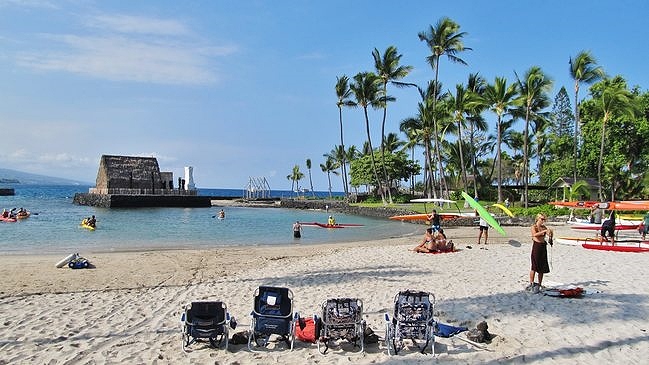 The calm water of the cove makes this one of the better Kona beaches to learn stand up paddle boarding. Once you’ve mastered the basics in the stillness of the inner lagoon, practice paddling farther out into Kailua Bay. Lessons and paddle board rentals are available on the beach, as well as surfboards, kayaks and snorkeling equipment. In addition to equipment rentals, facilities at the beach include restrooms and outdoor showers.

Snorkelers will also enjoy this area. The beach provides easy entry into the water, with some good snorkeling outside of the protected cove and around to the north. Be aware of boat activity once outside the cove. 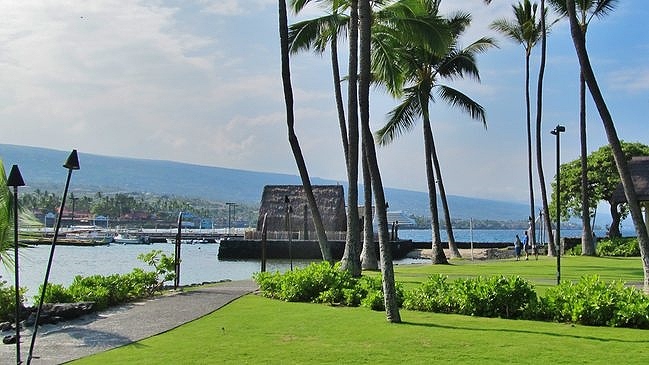 Kamehameha died here in 1819. One year later, the first Christian missionaries arriving from Boston were granted permission to come ashore here. Today, Ahu'ena Heiau is held in high reverence such that the temple and the grounds around it are off limits.

Just across the pier from Kamakahonu at the end of the sea wall is a very small spit of sand known as Kaiakeakua Beach that makes a delightful beach entry into Kailua Bay. On weekends we often see families with young children playing on the small beach and in the shallow water.

Because it is so well protected, Kailua Bay has the best swimming of any of the beaches in Kona. Buoys mark the swim course for the Ironman Triathlon and it is possible to swim along the course year-round. It’s usually better in the morning when the surf is calm. 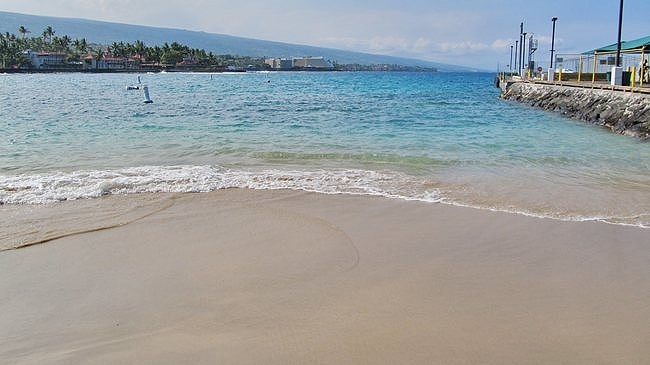 Because of the stunning clarity of the water in Kailua Bay, the beach in front of the pier is another good entry point for snorkeling. We frequently see dolphins swimming not far from shore, making the bay popular for kayaking and stand up paddle boarding.

Niumalu Beach is another small, rarely used Kailua Bay beach visible straight across from the pier, just a short walk (or swim) down Ali’i Drive adjacent to Hulihe’e Palace. 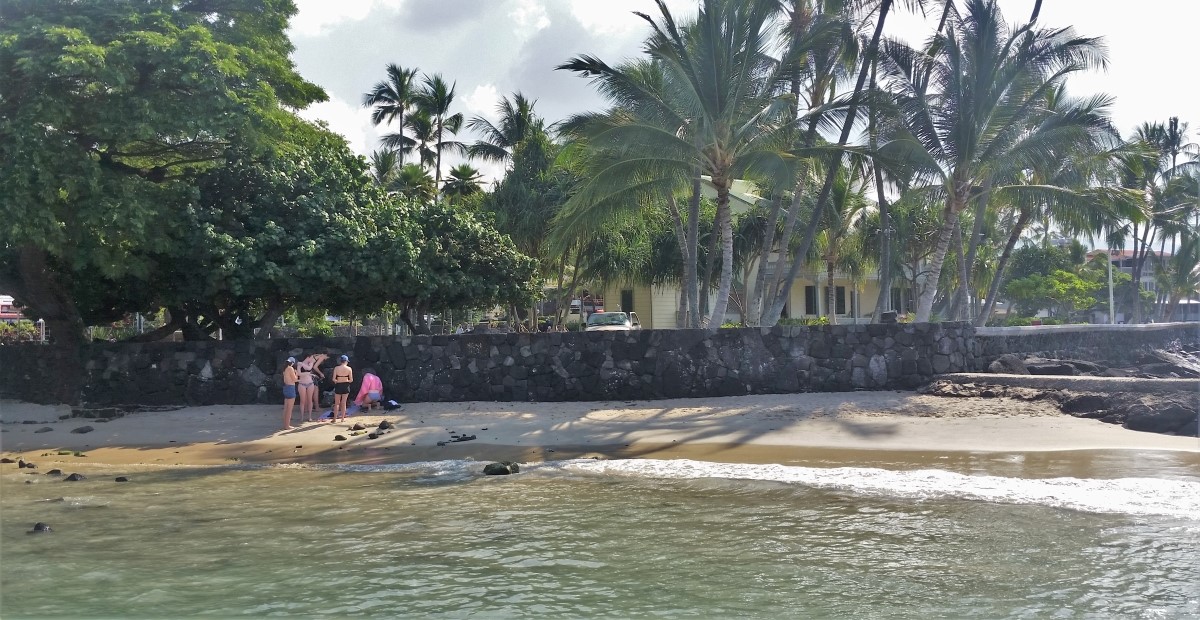 Kamakahonu Beach and Kailua Bay are very easy to find, at the north end of Ali'i Drive next to the King Kamehameha Hotel. While you're here, discover more of the fun things to do in Kona.

For more great beaches in Kona, visit Old Kona Airport Beach immediately north of downtown Kailua-Kona at the end of Kuakini Highway. As you wind your way south down Ali'i Drive, each of the next four beaches, Honl's Beach, Pahoehoe Beach Park, Magic Sands Beach and Kahalu'u Beach Park, has its own unique character.

Return to Things To Do In Kona