Honaunau Bay is a deep water bay with some of the best snorkeling in Hawaii. It is a popular destination for both Big Island snorkeling and SCUBA diving. The bay is fronted by a smooth pahoehoe lava rock shelf; the easiest ocean entry is from an area known as Pae'a, or Two Step.

Two Step refers to the way the lava rock has been worn by the surf to create a convenient two-step entry point into the water, making it one of the best snorkeling beaches on the Big Island. It's easy to sit on the shelf at water's edge as you slip into your fins. Pae'a is located just beyond the picnic tables and boat launch area at the northern edge of Pu'uhonua o Honaunau. 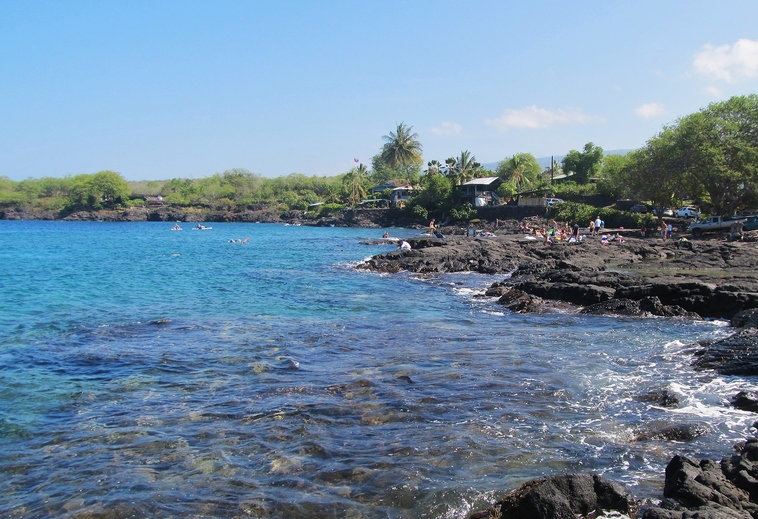 The palm lined beaches along the southern edge of Honaunau Bay hold many secrets, and a treasure trove of ancient Hawaiian artifacts. Home to Pu'uhonua o Honaunau National Historical Park, this picturesque bay was an ancient Hawaiian sanctuary, or place of refuge. The literal translation of Pu'uhonua o Honaunau is "place of refuge at Honaunau." This is one of our favorite places to explore with teens during our Student Travel excursions.

There is plenty to see under the water, with a beautiful coral reef that is full of tropical fish. The bay is usually calm with great visibility as it is well protected from the swells of the open ocean.

Sunlight on the water really accentuates the underwater scene. Under the right conditions, you won't find much better snorkeling in Hawaii than at Two Step. When the sun is bright, particularly in the morning, the water colors and clarity are spectacular. Abundant sunlight in the relatively shallow water near shore helps to enrich this healthy coral reef. 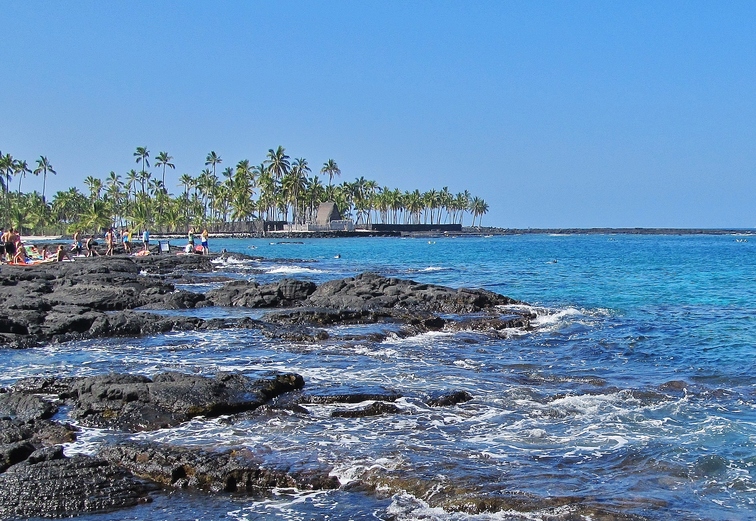 The south side of the bay is shallower with an abundance of coral, tropical fish and the occasional Hawaiian green sea turtle. The north side starts out shallow with interesting snorkeling along the far right edge, and then quickly descends to over 100 feet. It is here in the deeper water that you are most likely to encounter dolphins.

Many mornings we've seen enormous pods of Spinner dolphins swimming in the calm water, close enough to enjoy watching them from shore. They don't appear every day, but when they do they tend to hang around for awhile. 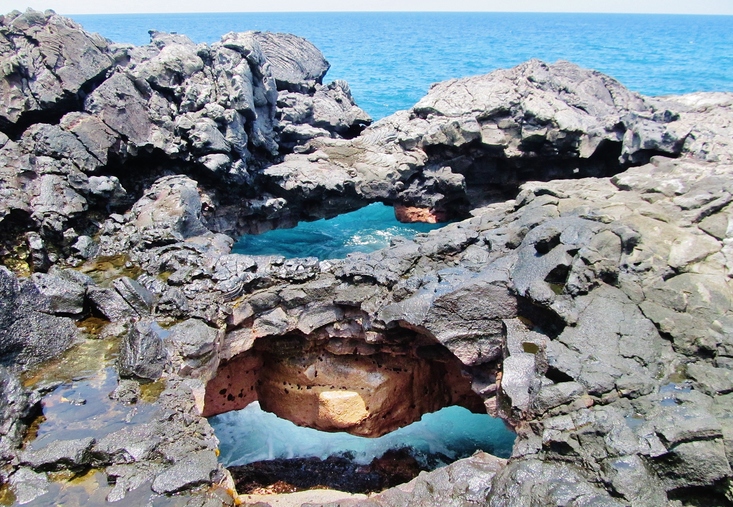 For more hearty adventurers, an interesting trail leads along the coast north of the bay. Near the end of the one-way street, you will notice a faint trail on the left just as the street veers right (past the small lava cave full of garbage). Follow the trail through the shrubbery to the shore, and then walk north on the lava cliff coastline.

You are rewarded with a scene as dramatic and picturesque as any you will find on the island. As waves crash along the face of the cliffs, water surges in and out of a fascinating series of arches, coves and blowholes that dots the coast. Use extreme caution and do not wander too close to the shore. The ocean is extremely powerful here and waves have a way of climbing higher than you might expect! 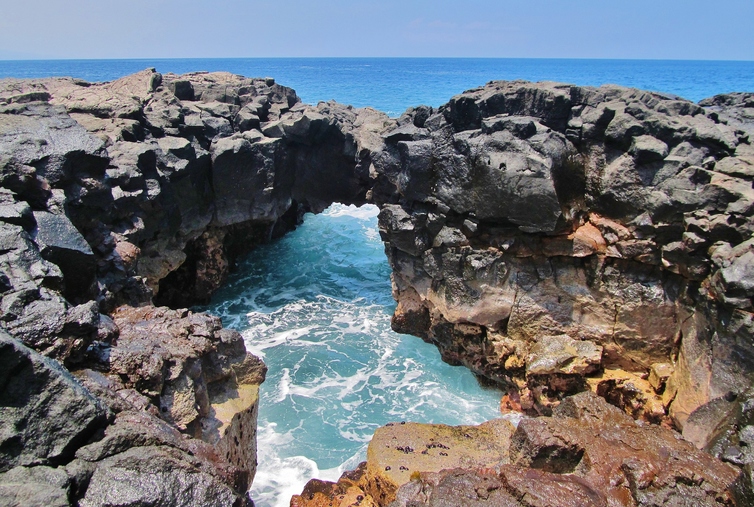 Honaunau is approximately 20 miles (32 kilometers) south of Kailua-Kona on City of Refuge Road (State Highway 160). Turn off Highway 11 at the Kona Coffeehouse & Cafe between the 104 and 103 mile markers. Drive down the hill 3.5 miles (5.5k). Turn left toward Pu'uhonua o Honaunau National Historical Park, then right up the one way street just prior to entering the Park. Parking is tight so it's best to arrive early.