Pu'uhonua o Honaunau National Historical Park and Place of Refuge is a treasured piece of Hawaii history, an opportunity to step back in time. These sacred grounds are a remarkably well preserved sanctuary of Hawaii's past and a wonderful place to explore. Today the park also serves as a refuge for visitors just looking for a peaceful place to come and relax along the shoreline of Honaunau Bay.

Up until the 19th century, native Hawaiians were governed by very strict kapu, or laws. For a Hawaiian commoner, the penalty for breaking any of these laws was almost certain death. The only way to escape this penalty was to flee to an established place of asylum, called pu'uhonua, or place of refuge. Pu'uhonua o Honaunau means "place of refuge at Honaunau". If a person was able to make their way safely to the pu'uhonua, they would be pardoned after performing certain rituals, which were overseen by a Hawaiian priest. 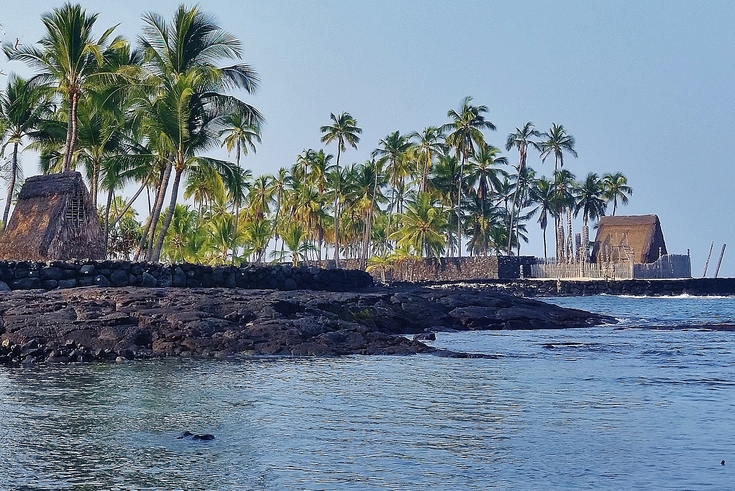 Honaunau is one of three Hawaii national parks on the Big Island. On your way in, stop at the visitor center to learn more about the history of this amazing place of refuge. 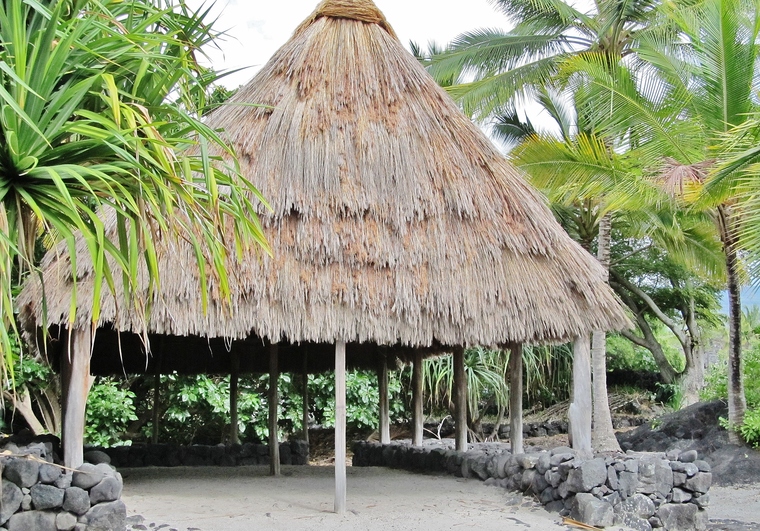 Take your time strolling around the clean and neatly kept grounds. The park includes a complex of archaeological sites as well as reconstructed temples, thatched huts, ki'i (wood carvings) of ancient gods, and a 1000 foot (305 meter) long stone wall built in the 1500s. 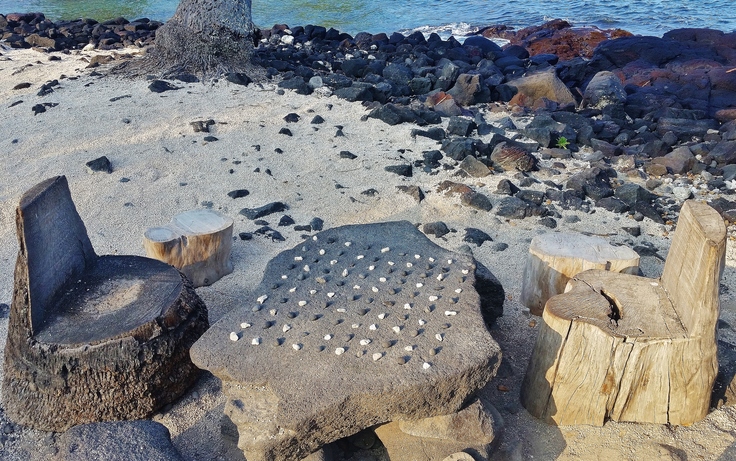 Ranger talks about life in ancient Hawaii and the role of the pu'uhonua are daily at 10:30am and 2:30pm. Living history exhibits provide an informative look into what life might have been like in ancient Hawaii. 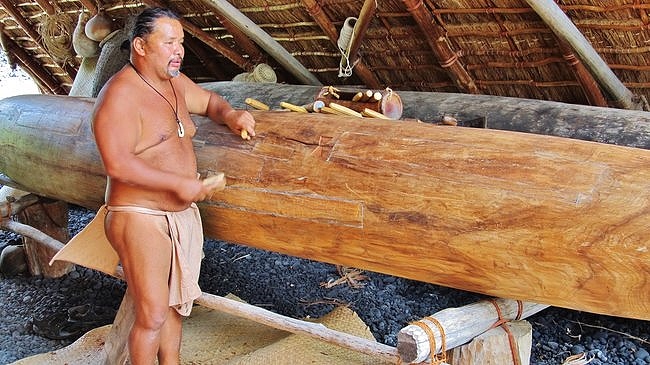 Walking around one gets the sense that this was a place of new beginnings. With coconut palms scattered throughout and the ocean softly lapping along the sandy shore, Pu'uhonua o Honaunau is tranquil, peaceful, and welcoming. 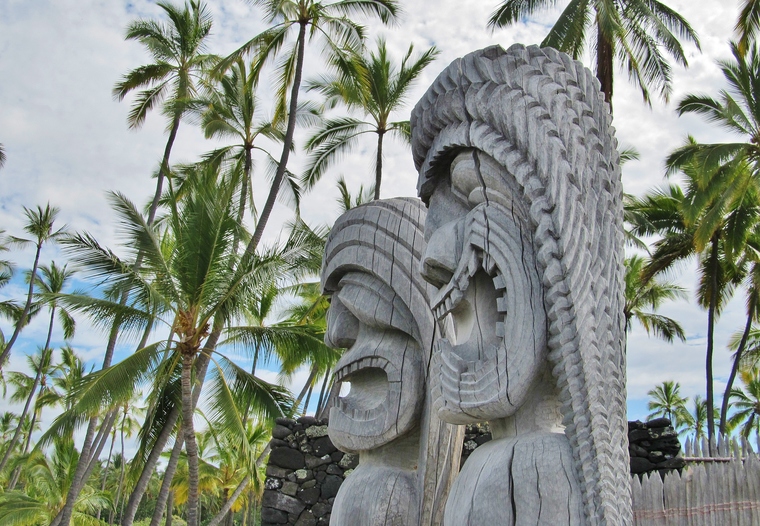 The "beach" here has small pockets of sand along a shoreline that is comprised mostly of smooth pahoehoe lava. If you are lucky enough to arrive in the late afternoon, you will find the park to be most scenic about an hour before sunset. Relax, enjoy your time, soak it all in. 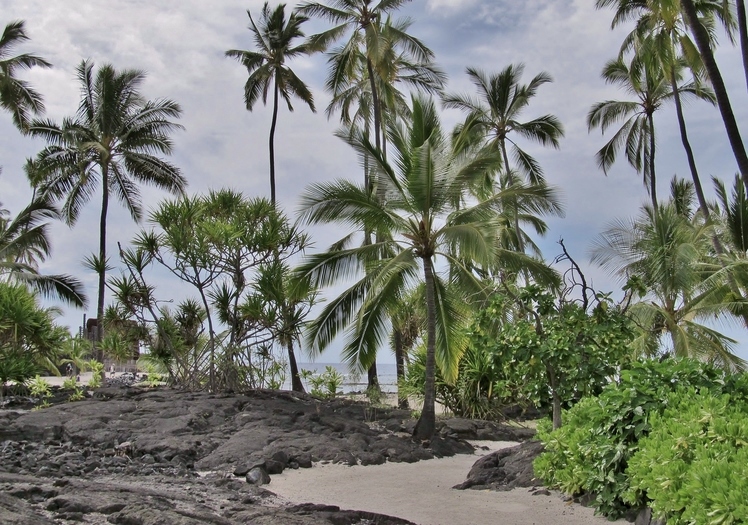 Diving and Snorkeling at Two Step

Just beyond the northern boundary of the park, Honaunau Bay offers great SCUBA diving and some of the best snorkeling in Hawaii at Pae'a, or Two Step. There is easy ocean entry off the edge of the lava shelf on the shoreline. Honaunau Bay is also well known as a favorite playground for Spinner dolphins.

Considering the amazing history, quiet sanctuary, and fabulous snorkeling all in one place at Honaunau, be sure to put this near the top of your list of things to do in Kona!

To get to the park, travel south from Kailua-Kona on Highway 11 approximately 18 miles. Between the 104 and 103 mile markers, at the Honaunau Post Office turn right onto Highway 160, City of Refuge Road. Drive down the hill 3.5 miles.

If you are coming from Kealakekua Bay and Napo'opo'o Beach Park, drive south 3.5 miles.