One word about Hilo weather: wet. In fact, Hilo is the wettest city in the United States. Being on the windward side of the island, moisture floats in off the Pacific Ocean and begins to rise as it meets the slopes of Mauna Loa and Mauna Kea. Hilo is the beneficiary of substantial moisture arriving in the form of rain.

On average Hilo receives at least some accumulation of rainfall 275 days each year. That’s not to say the sun never shines! There are extended periods during the day with little or no rain, and much of the rainfall occurs at night. And being on Hawaii, Hilo is of course warm, with average high temperatures near 80°F (27°C) year round.

The most delightful benefit of the weather in Hilo and all that moisture is the tropical rainforest climate. Hilo is lush and green, with beautiful tropical plants and flowers, magnificent waterfalls nearby and plenty of rainbows. 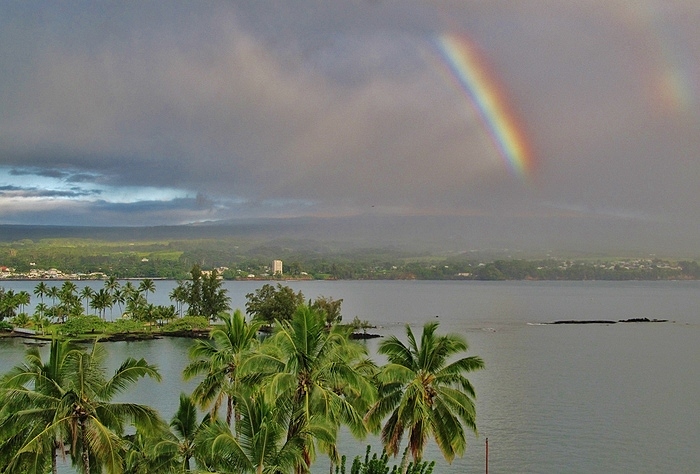 Average annual rainfall varies considerably the farther inland you go. Around 130 inches of rain per year falls near the shore, whereas close to 200 inches falls upslope on the nearby foothills. The wettest part of the Big Island is about six miles (10k) upslope from Hilo, receiving an average of 300 inches of rainfall annually.

Hilo weather is rarely dry for days at a time. The driest month is June, with just over 7 inches of rainfall on average. The wettest month is November with an average rainfall of nearly 16 inches.

There are numerous beach parks in Hilo and south through the Puna district. Keep your eye on the sky to allow for the greatest enjoyment at the beaches and tide pool areas. 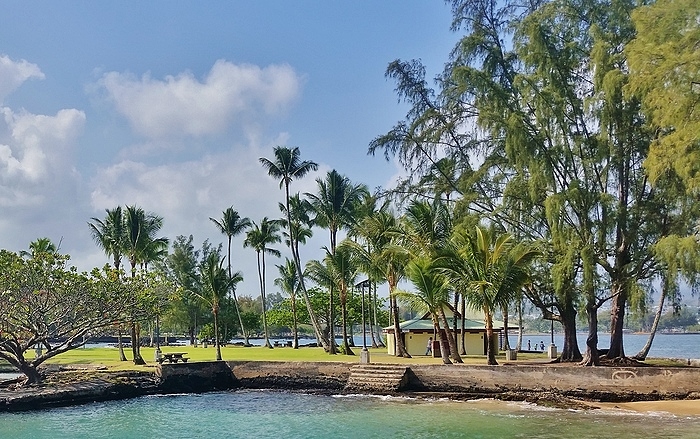 The local trade winds are generally moderate, and while high winds are rare, be aware of inclement weather that might indicate high surf. Be cautious and stay alert when exploring near the coast at high tide or during high surf.