Pu'ukohola Heiau National Historic Site is home to a Hawaiian temple that is of great significance in Hawaii history. At a time when each of the Hawaiian Islands was under the rule of a different chief, Pu'ukohola played a key role in Kamehameha the Great's effort to unite all the warring islands into the Kingdom of Hawaii. It is one of the last major temples built in Hawaii.

In Ancient Hawaii, a small number of ali'i nui (high chiefs) were granted power over the various islands according to a rigidly ordered class system. Hawaii's socio-political hierarchy at that time was based on spiritual beliefs and god-worship. Pu'ukohola Heiau was built in response to a prophecy from the kahuna (priest) Kapoukahi. Kapoukahi told King Kamehameha I that he would be successful in conquering all the Hawaiian Islands if he built the temple and dedicated it to the war god Kuka'ilimoku. 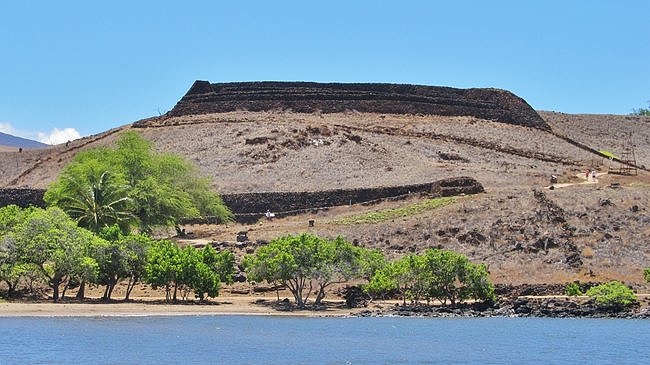 Construction on the heiau (Hawaiian temple) took place from 1790-1791. King Kamehameha chose a strategic location on the brow of "the hill of the whale", overlooking Pelekane Bay near Kawaihae. What may at first glance appear to be little more than a wall of rocks piled atop a dry and barren hill is in fact one of the best preserved temples in Hawaii. 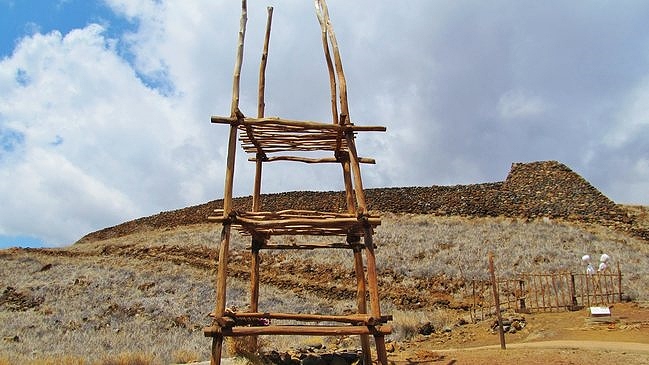 It is believed the rocks that were used to build the heiau were carried nearly 25 miles from Pololu Valley by hand! Laborers formed a human chain and handed the lava rocks from person to person all the way over Kohala Mountain. As is the case with many ancient Hawaiian structures, the rocks are carefully and precisely placed, held together without the use of any sort of mortar.

Pu'ukohola Heiau National Historic Site was established in 1972 to preserve and protect the site's history for future generations. There are several culturally and historically important structures in the park, including Mailekini Heiau, an older Hawaiian temple located on Whale Hill directly below Pu'ukohola.

While details of Mailekini Heiau's history remain unclear, the temple's long stone walls were converted into a fort during Kamehameha's reign. Greatly influenced by exposure to Westerners, Kamehameha built forts mounted with European guns and cannons to protect the ocean ports of his kingdom. 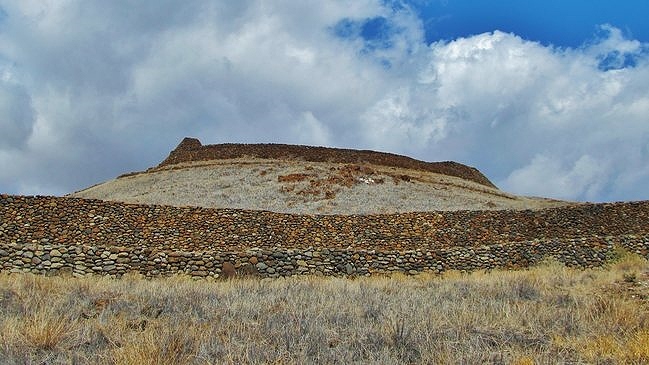 The third temple in the park is Hale o Kapuni Heiau (the Shark Temple), submerged just offshore in Pelekane Bay below Mailekini Heiau. Remnants of this Hawaiian temple, now completely underwater, were last seen during low tide in the 1950's. The bay is named for the black tipped reef sharks that are frequently spotted swimming here. Best time for spotting sharks is usually just after daybreak.

Pelekane Beach is the site of the Royal Courtyard, a pretty beach park with lots of shade that once served as King Kamehameha's residence. You are invited to walk through the grounds and enjoy the tranquil scene. Every August, Pelkane is home to the Ho'oku'ikahi Establishment Day Hawaiian Cultural Festival. This two-day event includes cultural demonstrations, lessons in traditional crafts, games and activities. 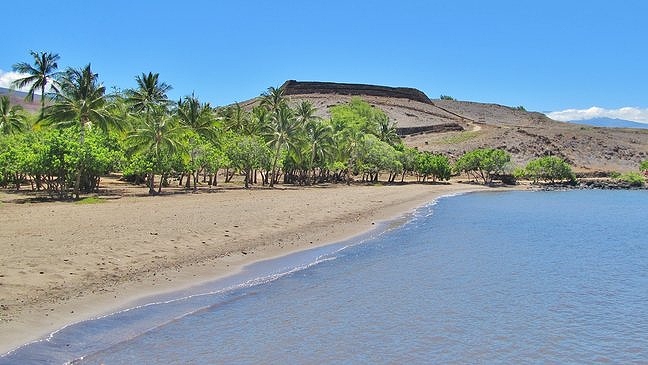 Pu'ukohola is one of the best places for Humpback whale watching. Every Friday from 9am to 11am December through March, visitors are invited to join staff and volunteers from the Hawaiian Islands Humpback Whale National Marine Sanctuary. It's a great opportunity to learn about and watch Humpback Whales from the "hill of the whale."